I am thrilled to have commenced work in my own firm, Segelov Lawyers.

I have acted for sufferers of asbestos disease since I was a third year law student when I worked as a paralegal. After 23 years at Turner Freeman, the last 16 as a partner, I left to establish my own boutique firm.

During my career, I have acted for hundreds of sufferers of mesothelioma, lung cancer, asbestosis, asbestos related pleural disease, silicosis, occupational asthma and other dust diseases. I acted for the asbestos campaigner, the late Bernie Banton in both his claims against James Hardie. I obtained the for the first mesothelioma sufferer exposed to asbestos during the course of home renovations.

People often ask me why I do this work. The answer to me is simple. Each client I have acted for has taught me something about humility, courage and dignity. I have learnt there is no such thing as an ordinary life. I have acted for a District Court Judge, former representative football player, a Catholic priest, a young woman diagnosed with mesothelioma at the age of 29 weeks after giving birth to her first child as well as many carpenters, electricians, plumbers, riggers, boilermakers, fitters, wharfies, naval officers, laggers, factory workers, brewers, jewellers and person exposed to asbestos as a result of home renovations. I have gotten enormous satisfaction at being able to give clients piece of mind in knowing their families will be cared for. I remain as passionate about my work as when I started 23 years ago.

Can a grandchild contest a Will?

Family Provision claims where some of the estate is outside NSW

The “Third wave” of asbestos disease

Can New Zealanders make a claim for compensation for mesothelioma?

Dying without a will

The devastating effect of the Baryulgil asbestos mine 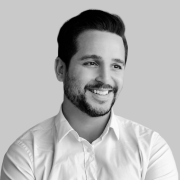