Can a grandchild contest a Will?

In New South Wales, grandchildren do not have an automatic right to challenge a Will. Courts have, as a general rule, recognised that a grandparent does not have a responsibility to make provision for a grandchild (that obligation rests on the parent of the grandchild) unless there are special circumstances.

In order to challenge a Will a grandchild must

In Chapple v Wilcox (2014) NSW CA 392 the NSW Court of Appeal considered the issue of a grandchild’s right to challenge a grandparent’s Will. In that case, the deceased grandfather left the whole of his estate (which consisted of a rural property) to his only child, his daughter. His two adult grandsons challenged the Will. One of the grandsons settled his claim while the other continued.

Despite the primary Judge noted that the grandsons had “developed an unhealthy sense of entitlement” and that they had “deluded themselves into thinking” that they had “a right to their grandfather’s property”, the judge set aside the provisions of the Will finding that community standards and expectations required the provision to be made for the grandson from the estate. This finding was however overturned by the NSW Court of Appeal.

The Court of Appeal found that while the judge was correct in having regard to “perceived prevailing community standards of what it is right and appropriate”, generally a grandparent does not have a responsibility to make provisions for a grandchild. Generosity by a grandparent such as contribution to the education of a child is not sufficient. A pattern that a grandparent occasionally or frequently made gifts does not make a grandchild wholly or partially dependant. Something more than the existence of a normal family relations and affections is required.

The Court recognised that there may be circumstances in which widely held community standards might expect a grandparent to make provisions for their grandchildren such as where grandchildren have lost their parents at an early age or where the grandparent has cared for the grandchildren and acted in loco parentis (as a defacto parent).

If you believe you have a right to challenge a Will, Segelov Taylor will provide you advice and act on a ‘no win no fee’ basis in a family provisions claim.  Please email or call our office on 8880 0550.

Working out where you were exposed to asbestos

How to make an application to the Dust Diseases Authority 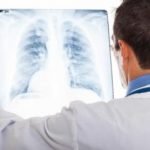 Does exposure to asbestos cause lung cancer?

Have you been left out of a will or not adequately provided for?

David Taylor
36 posts
https://www.segelovtaylor.com.au/david-taylor/
David Taylor has been a litigator for almost 20 years, following a period as a Union industrial Officer.  He has practiced extensively in employment and industrial law, asbestos diseases law, wills and estates matters and in other complex litigation.