The Australian Government recently announced that the coronavirus vaccine will not be mandatory. Despite this, some high-risk workplaces are considering adopting “no jab, no job” policies.

Around 700,000 frontline health workers, aged care workers, disability staff, and quarantine workers are expected to receive the first lot of Pfizer vaccinations in late February. As the COVID-19 vaccine rollout accelerates, there is increasing discussion as to whether employers can require employees to have the vaccines.

The short answer is that they probably can. Indeed, in some industries, it is likely that it is not just optional, but there is a positive obligation.

The issue can be considered from several perspectives.

At common law, employees are required to comply with lawful and reasonable directions from their employer. The question of whether a direction to receive the COVID-19 vaccine is lawful and reasonable is likely to depend on the level of risk to workplace health and safety, the type of work undertaken and the employee’s justifications for objection.

The issue is one of balance – the extent of the protection afforded to the worker, and to other in the workplace on the one hand, versus the extent of the interference in an individual’s right to refuse medical intervention.  The nature and extent of the risk side effects would also be a very relevant consideration.

In the case of Ms Nicole Maree Arnold v Goodstart Early Limited T/A Goodstart Early Learning [2020] FWC 6083 (‘the Arnold Case’), Ms Arnold was an employee of a childcare centre who made an application for unfair dismissal after being dismissed for objecting to a mandatory flu vaccine without medical grounds. While the application was dismissed, Deputy President Ashbury noted that mandatory vaccination is reasonable and lawful in childcare contexts because the roles involve care of vulnerable people – children who are too young to be vaccinated.

This reasoning confirms that the higher the risks of infection (or the higher the risk of serious illness from infections that may arise), the greater the capacity to implement mandatory vaccination policies. The converse will also be true – it would likely not be lawful for an employer where the employees are entirely dispersed and the work does not involve physical interaction with others to require vaccinations.

The situation is also likely to change over time.  At the stage where general herd or community immunity is achieved and the risk of infection/transmission falls, it will become less reasonable for an employer to require a vaccination.

An employer’s right to require a vaccine may also be based on WH&S laws that require employers to protect employees and others present at a workplace (which include, for example, nursing home patients) from risks to their health and safety, so far as is reasonably practicable.

There is an established precedent within Australian industries to require vaccination as a condition of employment. Visitors and workers in aged care are now required to have the flu vaccination under directions put in place in 2020.  Further, health care workers directly involved in patient care are asked to be vaccinated against a range of diseases.

Where an employee is dismissed for refusing a vaccine, they are unlikely to be successful in an unfair dismissal claim if the direction was a lawful and reasonable step to uphold the employers WHS obligations.

With the rise of ‘anti-vaxxers’, it is only a matter of time before there is a test case where an employee alleges discrimination because of their political opinion. Generally, the Fair Work Act prohibits discrimination against employees on the basis of religion and political opinion. However, these provisions have typically been interpreted narrowly and it is likely that a Court would distinguish between political opinion and a refusal to follow a reasonable and lawful direction. Unless there is a significant reconsideration of the legal principles, it is likely that the only viable basis to refuse a vaccine for most employees will be medical grounds.

Segelov Taylor principal David Taylor is an accredited specialist in employment law. If you have concerns about your current employment status or other issues related to employment, please get in touch by email david@segelovtaylor.com.au or by phone (02) 8880 0500.

Who is entitled to contest a will?

Family Provision claims where some of the estate is outside NSW

Royal Commission into Misconduct in the Banks

When is an independent contractor really an employee? 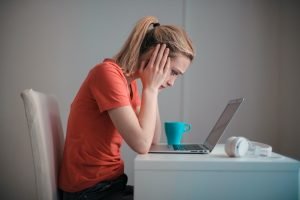 What can I do if am being sexually harassed at work?

David Taylor
48 posts
https://www.segelovtaylor.com.au/david-taylor/
David Taylor has been a litigator for almost 20 years, following a period as a Union industrial Officer.  He has practiced extensively in employment and industrial law, asbestos diseases law, wills and estates matters and in other complex litigation.