I have acted for sufferers of asbestos disease for over 23 years.

I joined the asbestos disease group at Turner Freeman as a third year law student and remained at that firm until I left to establish Segelov Taylor Lawyers in 2016.

I established Segelov Taylor Lawyers to allow me to spend all of my time providing a quality and specialist service to sufferers of asbestos and occupational diseases.

Over the last 23 years I have acted for hundreds of sufferers of mesothelioma, lung cancer, asbestosis, pleural disease, silicosis and occupational asthma. I have run numerous significant cases including:

I also acted as part of the legal team representing unions and asbestos support groups at the Jackson Inquiry into James Hardie. I was interviewed for the book retelling the story, Killer Company and enjoyed my fifteen minutes of fame with a small part in the mini series Devils Dust.

In 2010 I was appointed to the Expert Advisory Panel of the Asbestos Management Review and in 2013 appointed by the Federal Government as an independent member of the Asbestos Safety Eradication Council. I have lobbied on behalf of Union and support groups for reforms to legislation affecting asbestos sufferers in New South Wales and in South Australia.

People ask me why I do this work. Each client I have acted for has taught me something about humility, about courage and about dignity. I have learnt there is no such thing as an ordinary life. I have gotten a real sense of satisfaction in being able to give client’s the peace of mind their families will be cared for. I remain as passionate about my work as when I started 23 years ago. 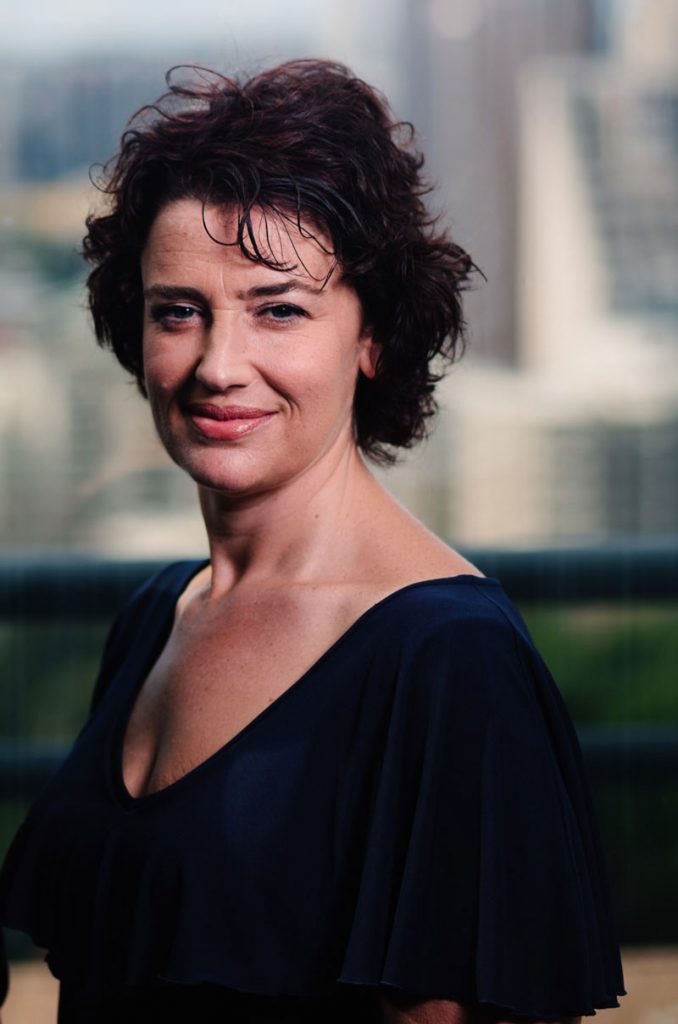 I commenced working in the asbestos diseases group at Turner Freeman Lawyers as a paralegal.

I was admitted as a solicitor in New South Wales.

Within 12 months of my admission, I ran the test case of CSR Limited v Wren (1997) 44 NSWLR 463. Mr Wren suffered from mesothelioma. He was exposed to asbestos while working at the Asbestos Products factory in 1950 making asbestos cement fibro sheets. Asbestos Products Pty Ltd was a competitor to James Hardie and a wholly owned subsidiary of CSR Limited.

Asbestos Products Pty Ltd was deregistered in the 1960s. Its insurance cover when Mr Wren worked there was £6,000.00, which would previously have been the most he could recover. In order recover significant damages for Mr Wren we sued the parent company, CSR Limited. We were able to identify evidence to show that that CSR controlled its subsidiary to such a degree it should be held responsible for the workers in the factory. This was a novel concept as in law a each company is a separate legal entity, and parent companies are not normally liable for the actions of their subsidiaries.

Mr Wren was successful in his claim in the Dust Diseases Tribunal. CSR appealed to the Court of Appeal. The appeal was not successful and Mr Wren received his money. The case is studied in law school to this day.

I ran the first case to verdict in Australia for a person exposed to asbestos as a result of home renovations. Home renovation exposures, often known as third wave exposures, are increasingly responsible for the asbestos disease, mesothelioma.

Helene Edwards was exposed to asbestos in 1977 when she and her father renovated their farmhouse at Penola in South Australia. Helene held asbestos cement fibro sheets while her father cut and drilled them and cut some fibro sheets herself.

More than twenty years later, at the age of 58 years, Helene was diagnosed with mesothelioma. We were able to show that the asbestos sheets she had worked with had been manufactured by James Hardie & Coy Pty Ltd. In proceedings against Hardie, she was awarded judgment in her favour in the sum of $803 403.00).

During 2004 I was honoured to be part of the legal team that acted pro bono for unions and asbestos support groups at the Special Commission of Inquiry into the Establishment of the Medical, Research and Compensation Foundation (the James Hardie Inquiry).

The Inquiry found that the Foundation set up by James Hardie to pay asbestos claims before the company moved off shore was massively underfunded to the tune of $1.5 billion. As a result of pressure from the NSW government, unions and the general public, James Hardie agreed to establish the Asbestos Injuries Compensation Foundation which pays settlements and verdicts against the former James Hardie companies.

The James Hardie saga was told in the book Killer Company written by the award winning journalist Matt Peacock and adapted into a mini series Devil’s Dust. My character has a small role played by Geneive Hegney!

This was Bernie’s second claim against James Hardie. He had made a first claim against Hardie in 1999 in relation to other asbestos diseases. One of the special elements of the law relating to dust diseases in New South Wales (and now copied in most other states) is that a person can bring a claim for one disease, and reserve their rights to bring a second claim if they develop a second disease. This is known as an award of provisional damages.

As Bernie was only 53 years old at the time of his first claim, I advised Bernie to settle his claim on a provisional damages basis.

When Bernie was diagnosed with mesothelioma in 2007 he became the first person in Australia to bring a second claim. The second claim, in addition to compensation, sought aggravated and exemplary damages which sought to punish James Hardie. We argued James Hardie knew as a result of an x-ray carried out on Bernie’s lungs when he worked there that Bernie had asbestosis. Not only did James Hardie not tell him but they continued to expose him to asbestos. We also argued the company should be punished for its actions in leaving the country without sufficiently funding its future asbestos liabilities.

James Hardie tried to strike out the claim for aggravated and exemplary damages. They did not succeed at first instance and appealed to the New South Wales Court of Appeal. Again they were unsuccessful. Bernie’s case was settled a few days before his death after a bedside court hearing at Concord Hospital.

I ran the first successful case in the world for an air stewardess exposed to fumes as a air stewardess, Joanne Turner v East West Airlines Limited (2009) NSWDDT 10.

Joanne Turner worked for East West Airlines in 1992 when smoke filled the cabin on a flight causing her chronic cough and other ongoing health effects.

Joanne’s case was bitterly fought. After obtaining a judgment in her favour in the sum of $138,757.20 East West appealed to the NSW Court of Appeal.

When that appeal was dismissed, East West attempted to appeal to the High Court. The High Court of Australia refused permission in August 2010.

Along with union representatives and mesothelioma sufferer Serafina Salucci, I lobbied the Prime Minister and others for the implementation of the recommendations of the Review.

Serafina suffers from mesothelioma. She had been been was diagnosed with mesothelioma at the age of 37 years when her youngest of 4 children was three years of age. Serafina was exposed to asbestos at the age of 7 in 1977 when her father built a garage at their family home using asbestos cement fibro sheets. I acted for Serafina in her claim against Amaca Pty Limited (formerly James Hardie & Coy Pty Ltd).

Serafina and her siblings used the off cuts from the fibro sheets as a frisbee and drew with them on the footpath. Serafina told her story to the then Prime Minister Julia Gillard and pleaded that the Government do everything possible to ensure the next generation is not exposed to this deadly dust.

I established Segelov Taylor Lawyers with David Taylor as a boutique law firm specialising in assisting people with asbestos and other dust diseases and other complex litigation.

I represented Mr John Francis Talifero, who suffered from mesothelioma, in his claim against James Hardie. Mr Talifero’s case is of enormous significance for all persons who are exposed to asbestos both overseas and in Australia who sue James Hardie.

Mr Talifero was born in England where he was initially exposed to asbestos. After coming to Australia in 1971, he worked as a painter for over 20 years. During this time he was regularly exposed to asbestos while sanding, cutting and drilling James Hardie fibro sheets.

Mr Talifero won and an attempt by James Hardie to appeal to the High Court was not allowed. Mr Talifero’s family have received the full damages awarded to them.

I acted for the Estate of the late Mr Charles Abegglen who suffered from mesothelioma and died shortly after commencing proceedings in the Dust Diseases Tribunal of New South Wales against his former employer, Granosite Pty Limited, and Amaca Pty Limited (formerly James Hardie & Coy Pty Limited), the manufacturer of the asbestos cement sheets he worked with.  The proceedings were continued by the late Mr Abegglen’s Estate.

Prior to his mesothelioma, Mr Abegglen provided care to his wife, Mrs Piatti, who suffers from dementia.  As part of his claim in the Dust Diseases Tribunal of New South Wales, Mr. Abegglen claimed damages for his loss of ability to provide services to his wife in the past and the future because of his diagnosis of mesothelioma.

I advised the Estate of the late Mr. Abegglen to appeal the decision and in August 2020, the New South Wales Court of Appeal, allowed the appeal and found that the Court should have awarded fulltime care for Mrs Piatti from January 2018 and increased the original Judgment by a sum of $305,860.00.

This decision is an important decision for asbestos claimants who are carers of a dependant suffering from a progressive illness such as dementia.  This decision allows claimants and their dependents to be fully compensated for the claimant’s inability to provide that care in the past and future.

Ms Parkin was diagnosed with mesothelioma in late 2019 and given 6 months to live.  She alleged she contracted mesothelioma from assisting her father with home renovations using James Hardie’s asbestos cement fibro sheets in the 1970’s.

Ms Parkin underwent treatment, a combination of chemotherapy and immunotherapy (Keytruda).  Keytruda is not currently listed on the Pharmaceutical Benefit S for mesothelioma, costing approximately $6,000.00 per treatment.  Ms Parkin sought the cost of her treatment.  James Hardie argued it should not have to pay for the cost for treatment as there had been no Phase 3 clinical trial showing the effectiveness of it.  The Court however found that it was reasonable of Ms Parkin to undergo such treatment and ordered James Hardie to pay $60,000.00 for the cost of the treatment.

Ms Parkin was awarded the sum of $360,000.00 for her pain and suffering, loss of enjoyment and loss of amenities of life (general damages).  This was the highest award in Western Australia, the previous highest award being $250,000.00 in Lowes v. Amaca Pty Limited in 2011.  The decision brings Western Australia in line with judgments in other jurisdictions around Australia, including New South Wales.